In astrology “Houses” are related to areas of the sky which are identified with the signs.  Each House represents an element of our lives. As the planets, Sun and and Moon move through the signs in the sky, it affects each Sun sign differently as the house is different for each.

Each planet, Moon and Sun represent different qualities. Where they are in the sky at any given moment have an impact on some area of your life

For example, The Moon represents your unconscious. If the Moon was in the sign of Taurus on a given day, you will want to know what House Taurus is for your Sun sign. Let’s say you are an Aquarius.  This means the Moon is in your Fourth house, which is the House of Home and Family. You might look at what is going on at home and with your family and whether there is something unconscious, or a hidden feeling or a wish that you should address. It may also speak to a sense of safety or threat that you are not looking at directly.

How to Find Out What Your Houses Are For Your Sign

Figuring out what your house is for each sign is easy, as it goes in order of the signs, starting with the First House being your sun sign, and the next sign that follows is your Second House. You go through the list until you have linked each sign with a house.

Below is a list in the order of the signs to help you.  For example, if you are an Aquarius, Aquarius is your First house. Pisces is your Second house. Then you go back to the top with Aries being your Third house, Taurus is your Fourth House and so on.

Houses and the Areas of Life They Influence 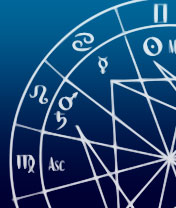 First House: House of Self

Think of this as the Ego. This is who you are and how others see you – at least in terms of first impressions. To some degree it is also how you want to be seen. Because you have more conscious control in this area is can also represent new beginnings and initiatives.

This represents what you value and this can be anything from material possessions as well as life values. It also includes the concept of growing value in either of these areas.

This house influences the way in which we connect to others through messages whether verbal or written or body language. But it can also influence short trips, or connection to our neighbours and brothers and sisters.

The Home and Immovable Property, such as Land

The influences areas where we feel most safe, most comfortable or the most personal and painful conflicts. It can sometimes be unconscious, ritualized or traditional. It reflects our roots, but can represent our abilities to nurture and nourish ourselves.

This can represent all pleasures, the arts, creativity, recreational activities, food but also those pleasures than can refresh us or when left unchecked undermine us. It can also represent youthful outlooks, the delight of children and childishness.

Beyond the obvious of physical and mental health, there is spiritual health as well. Less obvious is that it can affect work, jobs, etc. as it governs our financial health

This house represents any kind of union, negotiation, agreement or problem between people whether it is with your significant other, friendships, work place, or enemies. It also represents fluid and ever changing balance and give and take.

This house represents transformation, de-cluttering (materially or mentally), and letting go. It usually represents growth by removing old things to make way for the new, elevation and transcendence. It also represents lust, excitement and infatuation.

The search for meaning and truth, fundamental matters concerning matters of existence, knowledge, values, reason, and the mind. It includes concepts of free will, responsibility, the examination of beliefs, ethics and moral issues. It governs wisdom and rational thought. It also represent foreign travel and culture.

This house represent our roles in our families, our work places, or social spheres and our community. It represents ambitions, motivations, how we are perceived by what we are doing and career trajectories. It also represent power that others have over us, power we hold over others, and personal power.

This house represents connection, selflessness, affection, appreciation, sympathy, empathy trust, tolerance of others and gratitude. It also represents the ability to be one’s self, expression. Also is considered as the Houser of Good Fortune.

Seven Bright Objects in the Sky

Five Planets, the Sun and the Moon were considered to be the most important in history.These bright objects did not act like other stars and therefor were considered to be gods in ancient history. The modern planets of Uranus, Neptune and Pluto came later. Because these are slower planets, their influences are thought more to influence a generation rather than individuals.  Here are some of the associations with the seven most important bodies in relation to astrology.

Consciousness, what is in the light, The Ego, life force

Associated Liberal Art:Language and Grammar, The Art of Eloquence.